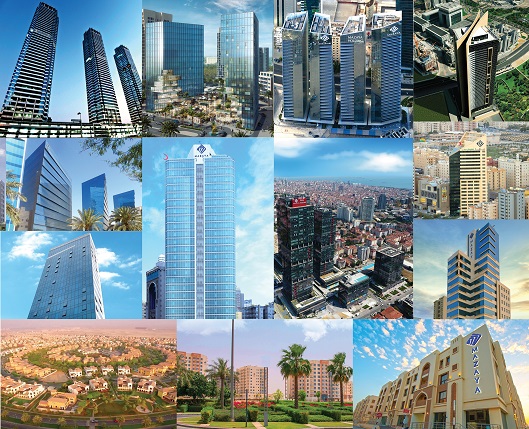 Al Mazaya is widely recognized as one of the most important and highly thought-of real estate development companies in the Middle East market, with numerous impressive projects. The company came about through a belief in the need for strong, rigorous investment in the region, and has prevailed in creating and maintaining the trust of large-scale investors in the Kuwaiti market and abroad.Al Mazaya Holding Company- the region’s leading Kuwait-based Real Estate Development Company with a portfolio that is wide as it is varied stretch to all parts of the GCC region including Dubai, Oman, Qatar, Bahrain, KSA, MENA Region, and precisely Turkey.The company was established in 1998 and started operation as Al Mazaya Holding Company in 2004 with a paid up capital of KD 15 million to reach KD 68.8 million - approximately $243,036,000 million. Al Mazaya is a publicly-traded company dually listed on both the Kuwait Stock Exchange since 2005 and Dubai Financial Market since 2006. Since its inception, Al Mazaya has adopted a balanced expansion strategy allowing mitigating risk, while maximizing investment and by doing so have witnessed strong growth.Al Mazaya prides itself in providing various comprehensive real estate products and services in several fields, among them housing projects such as deluxe villas and high-class residential buildings, commercial projects such as office and retail buildings, and health projects such as medical centers.

Al Mazaya is engaged in several other real estate fields such as purchasing, ownership, and selling of land and its development for the company within Kuwait and abroad.Furthermore, Al Mazaya handles the management of third parties’ properties and management, operation and investment, leasing and rent of hotels, health clubs, recreational parks, gardens, exhibition grounds, restaurants, residential and commercial complexes, and tourist and health resorts.Al Mazaya’s Investments have always focused on building strategic alliances and partnerships that allow for developing the company’s competitive edge.